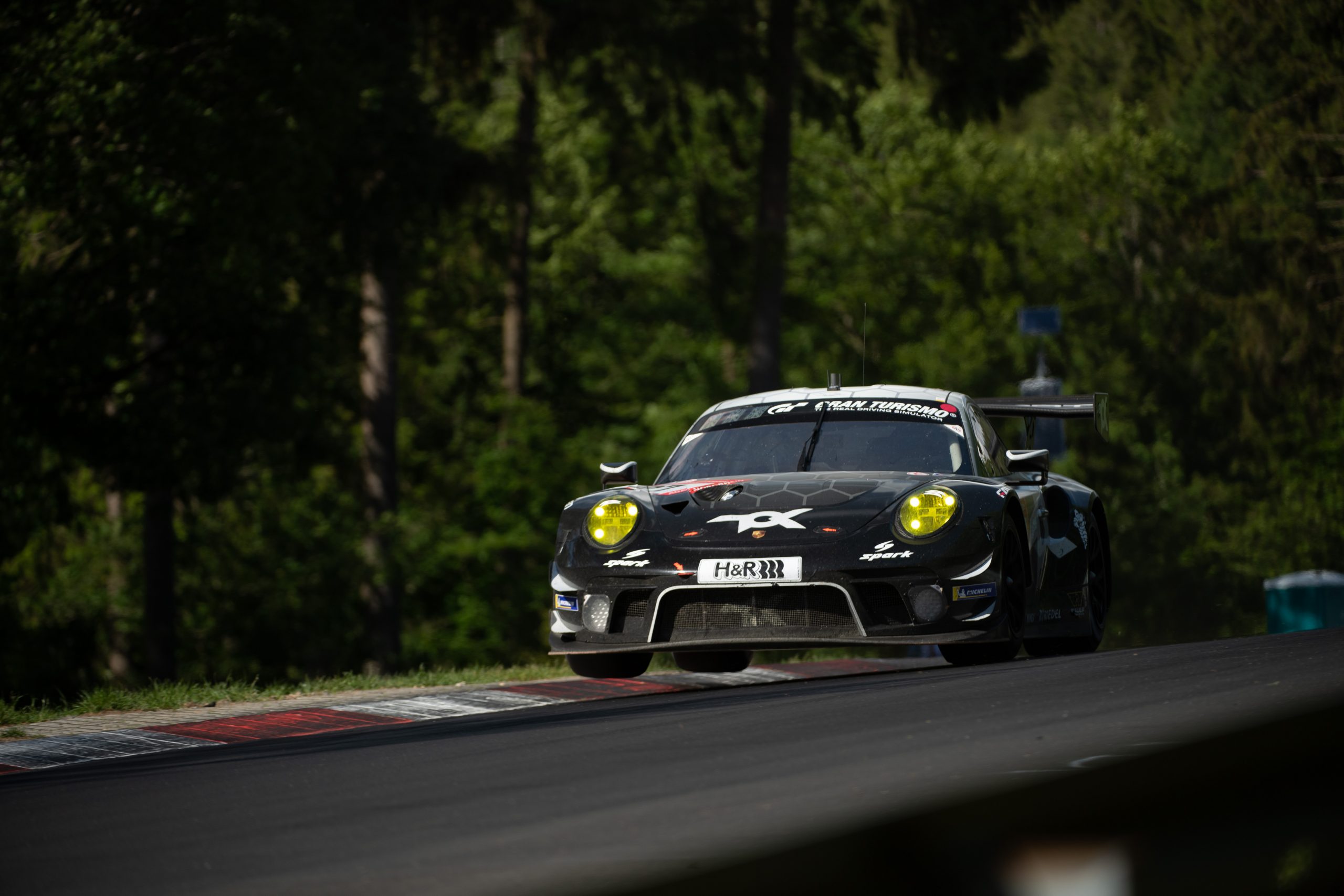 In an event which we were committed and 100% ready, we were taken out by an opponent due to an optimistic move.

Last weekend, Toksport WRT participated in 50. ADAC TotalEnergies 24h Nürburgring. We announced our entry and our line-up months before the event, completed preparation races, done tests and prepared our Porsche 911 GT3 R for the infamous race. In the qualifying sessions, car was running great without any issues. We managed to qualify for Top Qualifying 1 with Mathieu Jaminet on board. Later in Top Qualifying 2, Julien Andlauer took over our Porsche. With cold temperatures causing problems, tire management was tricky. This did not make a huge impact but we lost important tenths and qualified 14th in the end.

As we’ve been in this situation before on the “Ring” we were confident that our drivers will gain places. Which our race starter Matt Campbell did very well. At the end of the opening lap, we were running 10th and when he handed the car over to Julien Andlauer, we were third in positions. Andlauer’s pace was good and even it was way too early in the 24 hour race, our hopes were on the rise.

Only more than 2 hours into the 24 hour race, an unexpected disaster happened. While we were leading the race in 18th lap, we were chased by a Mercedes-AMG car after we were struck with traffic on the GP Circuit section. The battle was intense but Andlauer managed to keep his position. As they were heading for the chicane, all of a sudden car in third position decides to make an impatient move on both cars. But our car already started turning in for the chicane, as #99 car couldn’t stop in time and hitting our car on the left rear corner.

With that collusion in the early stages of the 24 hours, our race ended in a heartrbreaking way.