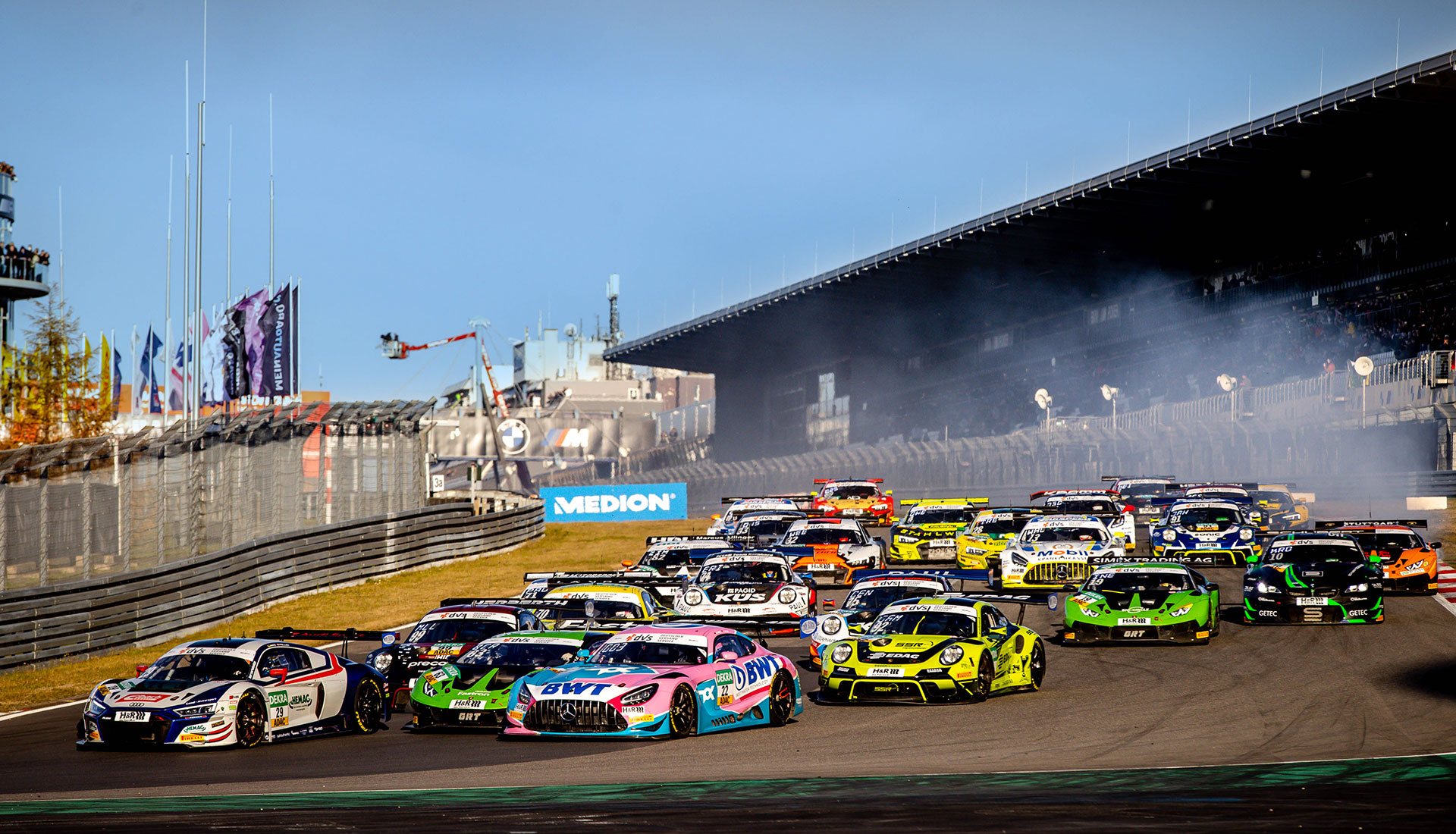 The fans witnessed an exciting title fight at Nürburgring, which was only decided in the last race of the year. On Saturday, the Eifel proved to be very sunny despite the late season, which pleased teams and drivers. In cool but dry conditions, Luca Stolz put the pink Mercedes-AMG GT3 in BWT design on the second starting position, immediately behind the championship-leading competitors.

After the start, Stolz dared some attacks on the leader, but remained in second place until the driver change. Maro Engel, who took over the cockpit at race half-time, dropped back to fourth position during the pit stop. The Mercedes-AMG driver brought this position home after one hour of racing. As his direct rivals won, the gap to the top of the standings widened. But anything was still possible on Sunday.

The last race day of the year began for the Mercedes-AMG Team Toksport WRT with a minor setback. In the important qualifying session, Maro Engel got stuck in traffic, then the experienced GT driver made a tiny mistake on his fastest lap, which cost a few tenths of a second. But in the dense starting field of the ADAC GT Masters, Engel slipped back to eighth place. Due to a disqualification, the Mercedes driver was able to start the race from seventh place on the grid and keep his hopes of winning the title alive.

Engel got off to a good start but had a small contact with an opponent after just a few corners. Due to an accident in the rear of the field, the race was stopped. After the restart, Maro Engel underlined his title ambitions.

The German overtook the two front runners and took the lead, where he impressed with fast lap times. The championship title in the “league of super sports cars” already seemed within reach when race control issued an incomprehensible drive-through penalty against the previously dominant Toksport WRT-Mercedes for the collision in the starting phase. All discussions with the race control were to no avail, so that the title fight was not decided on the track that day.

In the championship, Maro Engel and Luca Stolz ultimately ended up in third place overall, while the Mercedes-AMG Team Toksport WRT finished fourth in the team standings. The team looks back on a strong season in the ADAC GT Masters and were able to fight for the championship title right to the end.