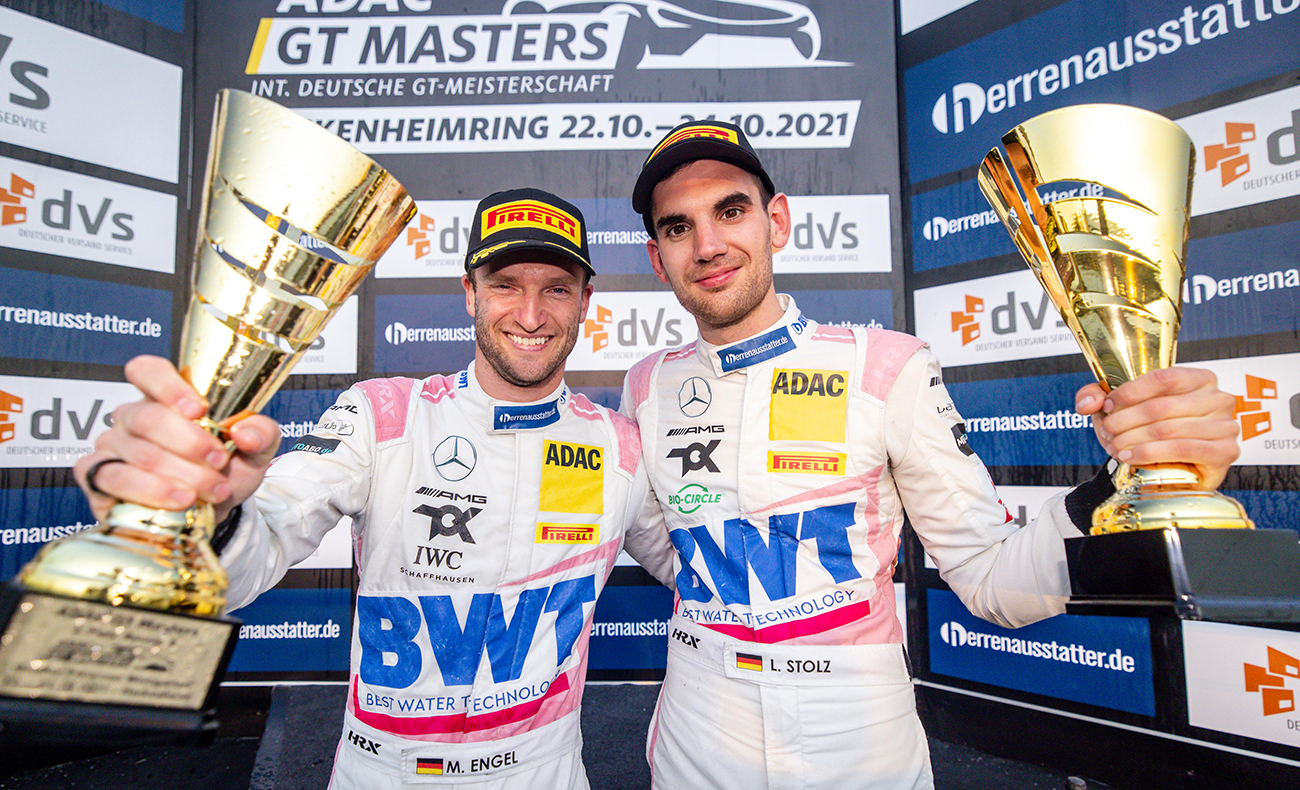 Good initial position for Mercedes-AMG Team Toksport WRT after the race weekend at Hockenheim in the ADAC GT Masters championship: only four points separate Maro Engel and Luca Stolz from the top of the standings. At the Hockenheimring, the Mercedes duo celebrated a commanding podium finish that reduced the gap to the leaders. The title in the “league of super sports cars” will therefore not be decided until the finale at the Nürburgring in two weeks.

The Toksport WRT duo already collected important points for the championship on Saturday. Luca Stolz fought his way to fifth position on the grid in the morning qualifying session, which he initially defended after the start. At the pit stop, when Maro Engel climbed into the Mercedes-AMG GT3, the duo initially lost one place. But a safety car period pushed the leading group back together for the final laps. In the closing minutes, Engel used fierce duels for his benefited. The experienced GT driver made up two positions and crossed the finish line in fourth place.

On Sunday, Maro Engel grabbed sixth place on the grid. In the early stages of the second race, the Mercedes-AMG driver benefited from duels and collisions in front of him, so that Engel slipped up to third position by the time of the driver change. He then handed over the wheel to Luca Stolz, who brought the podium finish home safely.

With third place, the Toksport WRT duo also improved in the championship. Although Maro Engel and Luca Stolz still remained in second place, which they had clinched at the last race at the Sachsenring, but the gap to the top of the standings is only four points now. In the team standings, Mercedes-AMG Team Toksport WRT is in third place, nine points behind. The battle for the championship will be decided at the home race at the Nürburgring: The ADAC GT Masters finale takes place from November 5 to 7.