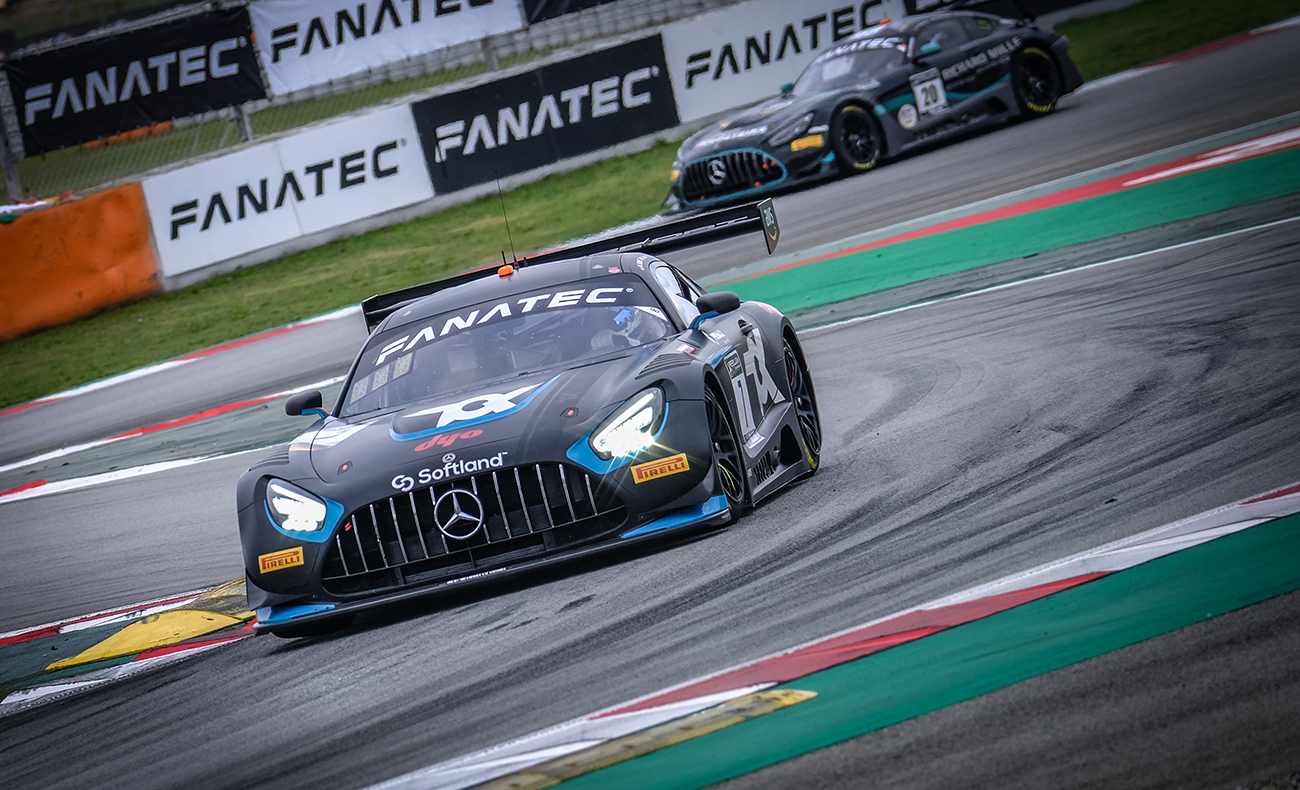 The final race of the GT World Challenge Europe Endurance Cup ended for Toksport WRT on third position. Marvin Dienst, Oscar Tunjo and Berkay Besler convinced with a strong qualifying and also led the Silver Cup in the race, before the Toksport trio was slowed down by a puncture. Nevertheless, the Mercedes drivers finished on the podium in the last race of the year.

The three-part qualifying session took place on Sunday morning. Marvin Dienst started with a good performance and occupied temporary third-best lap time. Berkay Besler and Oscar Tunjo also made no mistakes and ended in fourth place on the grid for the three-hour race in the afternoon.

Oscar Tunjo was allowed to take the start of the race and defended the leading position in silver cup. Tunjo placed the Mercedes-AMG GT3 in ninth overall position, which he held until the first driver change after about an hour.

Berkay Besler took over the wheel at the pit stop. After a strong start to the stint he suffered a slow puncture from debris that forced him to make an extra pit stop and fall back to P11 in class. Besler, who drove his first GT3 race ever, fought his way back up to 8th position before handing over to Marvin Dienst. The German drove an exceptional stint coming thru the field and made a last lap pass for the third and final podium position.

It was a great job by the drivers and the entire Toksport WRT crew to finish this great season strong. Highlight was a second place in the Silver Cup at the 24-hour race at Spa-Francorchamps and further podium finishes at the Nürburgring and Barcelona.
Toksport WRT finally reached fourth position in the Fanatec GT World Challenge Europe Powered by AWS Silver Teams.