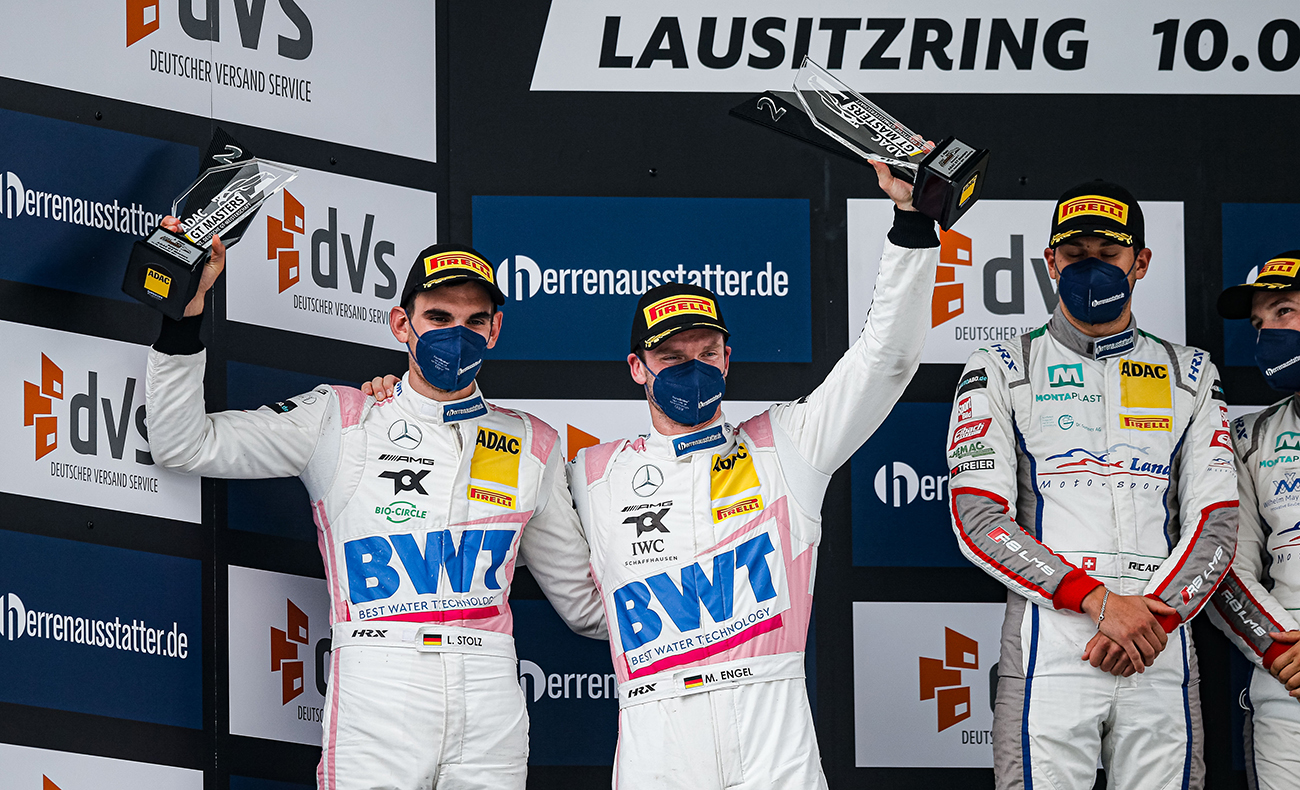 Double joy for Mercedes-AMG Team Toksport WRT: The team was able to celebrate two podium finishes in the ADAC GT Masters at the Lausitzring. On both races, the Mercedes-AMG GT3 started from third on the grid and reached the finish in second place after 60 minutes. Maro Engel and Luca Stolz thus also made an important step forward in the overall standings.

Luca Stolz laid the foundation for the strong weekend in the first qualifying session on Saturday, when the 26-year-old placed third on the grid. When the lights went green in the late afternoon, Stolz moved up another position and handed over the Mercedes-AMG GT3 to Maro Engel in second position in the middle of the race. A short time later, the race had to be interrupted due to oil on track. Engel defended this position at the following restart and was able to celebrate second place at the finish together with Stolz.

Another podium finish on Sunday
On Sunday, Maro Engel repeated his teammate’s great performance. The Mercedes-AMG driver grabbed third position in the second qualifying session and also made up a place at the start before Luca Stolz took over the wheel of the Mercedes-AMG GT3. Engel brought second place safely to the finish and, as on Saturday, was allowed to climb onto the podium together with Stolz on Sunday as well.

The double podium finish is also an important success with regard to the championship. After four of seven events, Maro Engel and Luca Stolz are in fourth place in the drivers’ standings. In the team standings, Mercedes-AMG Team Toksport WRT improved to 5. position. So the fight for the championship title is not decided yet.

Three race weekends are still on the agenda this season. From October 1 to 3, the “League of Super Sports Cars” will be held at the Sachsenring before the events at Hockenheim and the Nürburgring.