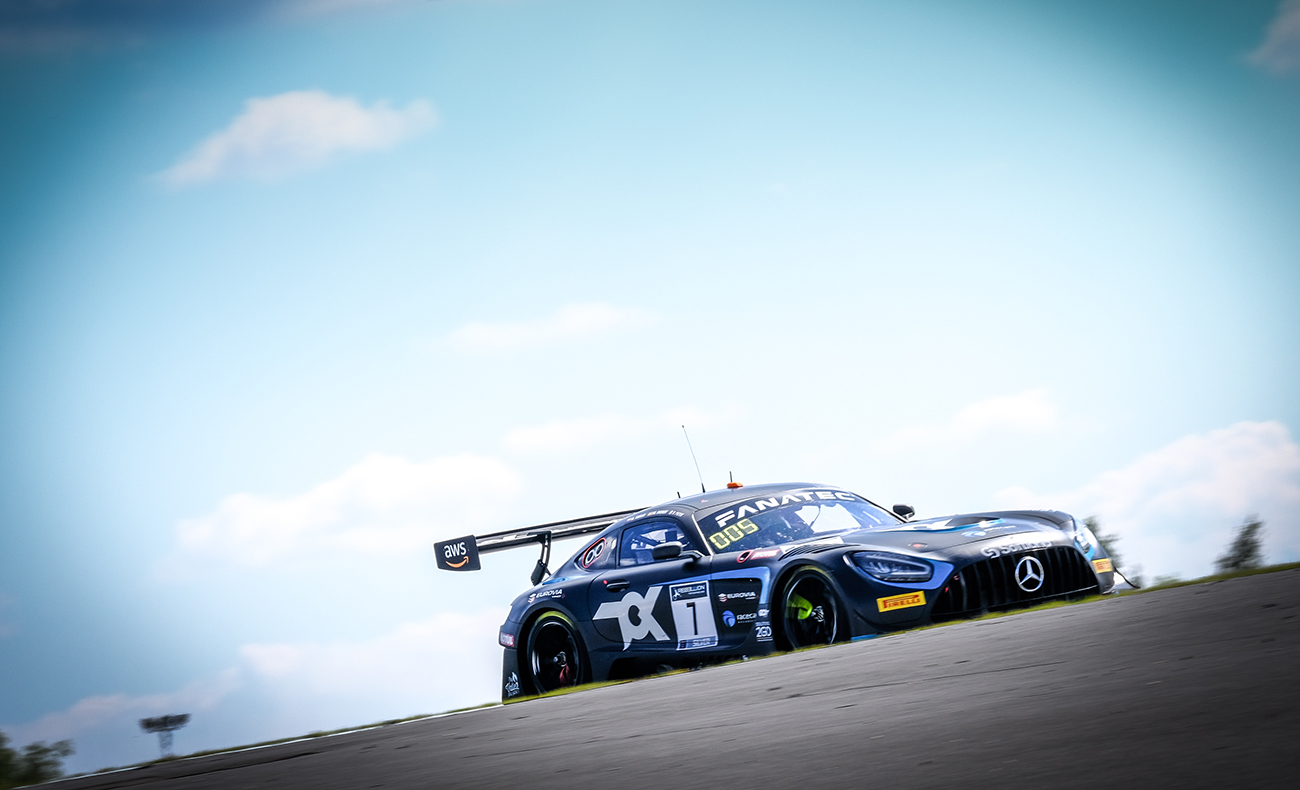 Toksport WRT was pleased with a strong result at their home race at Nürburgring. Marvin Dienst, Oscar Tunjo and Paul Petit convinced with a flawless performance in their Mercedes-AMG GT3 and reached tenth place in the overall standings and third position in the Silver Cup.

Toksport WRT has already been successful several times in the past on the legendary traditional circuit in the Eifel. The omens for a good result in the Endurance Cup of the GT World Challenge Europe were therefore perfect. Marvin Dienst, Oscar Tunjo and Paul Petit already confirmed this in pre-qualifying when the trio snatched the fastest time. In the three-race qualifying the Mercedes drivers finished 15th on the grid, so that the top 10 were already within reach.

Oscar Tunjo not only completed the start of the race, but also the first stint. The Colombian handed over the Mercedes-AMG GT3 to Marvin Dienst after the first hour of racing, which went smoothly. The 24-year-old showed again a great performance and handed over the car as class leader.

For the final stint, Paul Petit climbed into the #7 Mercedes, the Frenchman benefiting from a chaotic end marked by several incidents. While some competitors showed nerves in the final minutes, Petit remained without a mistake. After three hours, he brought the Toksport WRT Mercedes-AMG GT3 across the finish line in tenth position overall and in third place in the Silver Cup.

This means the team is also making progress in the overall standings. In the Silver Cup team standings, Toksport WRT moved up from eighth to sixth position, while Marvin Dienst, Oscar Tunjo and Paul Petit are eighth in the drivers’ standings. The GT World Challenge Europe finale will be held in Barcelona, Spain, from October 8 to 10.