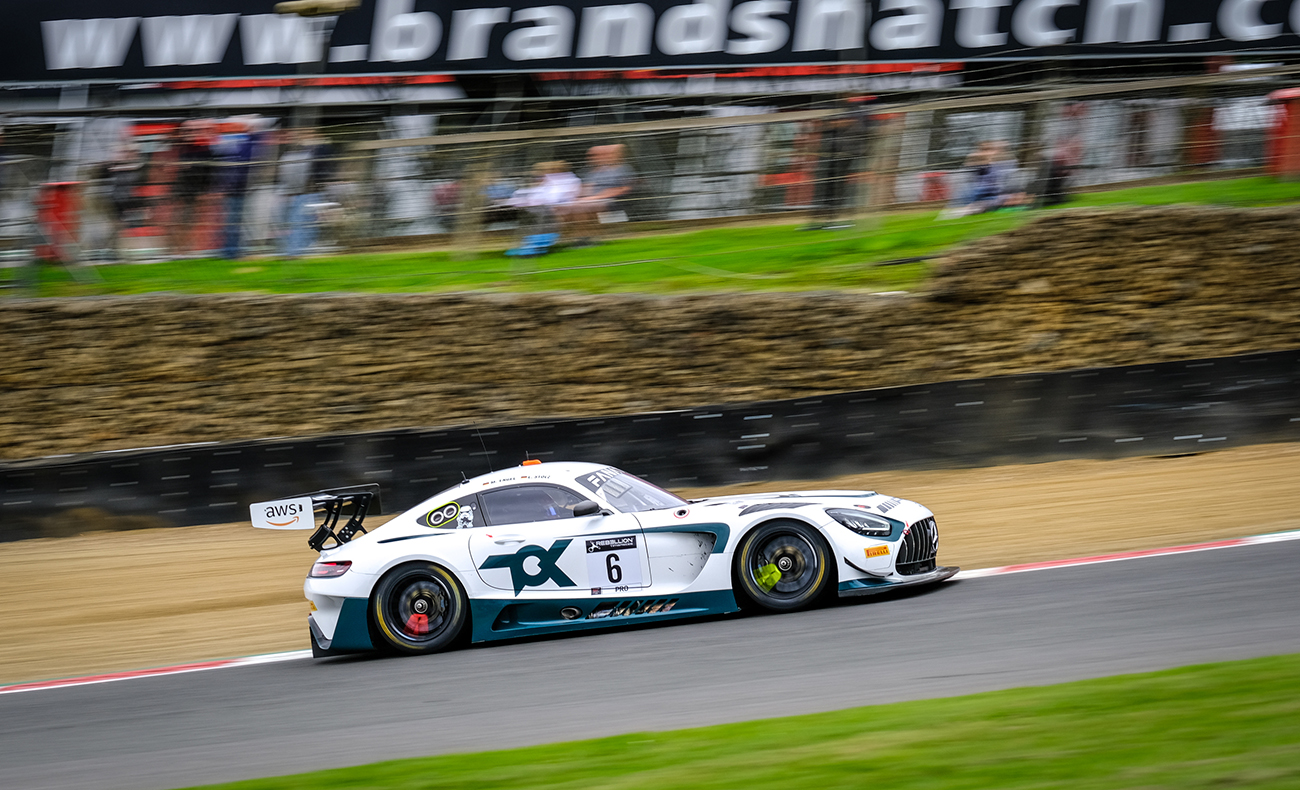 Already on Saturday, the Mercedes-AMG Team Toksport WRT had every reason to be happy. In pre-qualifying, Luca Stolz and Maro Engel achieved the best time. Subsequently, the Mercedes duo also impressed in the qualifying sessions for the two races on Sunday. Stolz placed the Mercedes-AMG GT3 in fourth place on the grid, while teammate Engel even achieved second position.

On Sunday, Luca Stolz made the most of the tailwind from the previous week as he showed a strong DTM debut together with Mercedes-AMG Team Toksport WRT. At the start of the first race, the German pushed forward into the Top 3, but subsequently got stuck behind a competitor.

As a result, the team opted for an early pit stop to hand over the Mercedes-AMG GT3 to Maro Engel. After the stop, the duo occupied fourth place. After an accident involving two competitors, the race came to an end under a yellow flag. Due to a time penalty against the race winner, the duo slipped up to a good second place after the race.

At the second race Maro Engel defended his place on the grid, which he had clinched the day before. At the driver change, his teammate Luca Stolz remained in second place. On the track, the German fought his way up to the leader and skillfully took the lead on the final lap. After finishing second in the first race, the Toksport duo celebrated a great victory in the second race.

Mercedes-AMG Team Toksport WRT also made important progress in the championship. Maro Engel and Luca Stolz were able to move up to second place in the Sprint Cup drivers’ standings. In the team standings, Toksport WRT is in third place.

Silver Cup: Victory for Tunjo & Puhakka
Oscar Tunjo and Juuso Puhakka, who turned the wheel in Toksport WRT’s privately entered Mercedes-AMG GT3, also put in a solid performance at the traditional Brands Hatch circuit. In the first qualifying session, the duo finished tenth on the grid, while afterwards it was even enough for fifth place and the best time in the Silver Cup.

Juuso Puhakka completed the start to the first race. The Finn made up one place and maintained the result in the Top 10. Oscar Tunjo, who took over the Mercedes-AMG GT3 at race half-time, crossed the finish line in eighth position. As a result of time penalties, the duo was ultimately classified in sixth place.

Oscar Tunjo was in the car at the start of the second race. The Colombian settled in fifth position and handed over the steering wheel of the Mercedes-AMG GT3 to Juuso Puhaka at the halfway point. The Finn didn’t allow himself any mistakes either, finished fourth overall and also took victory in the fiercely contested Silver Cup.