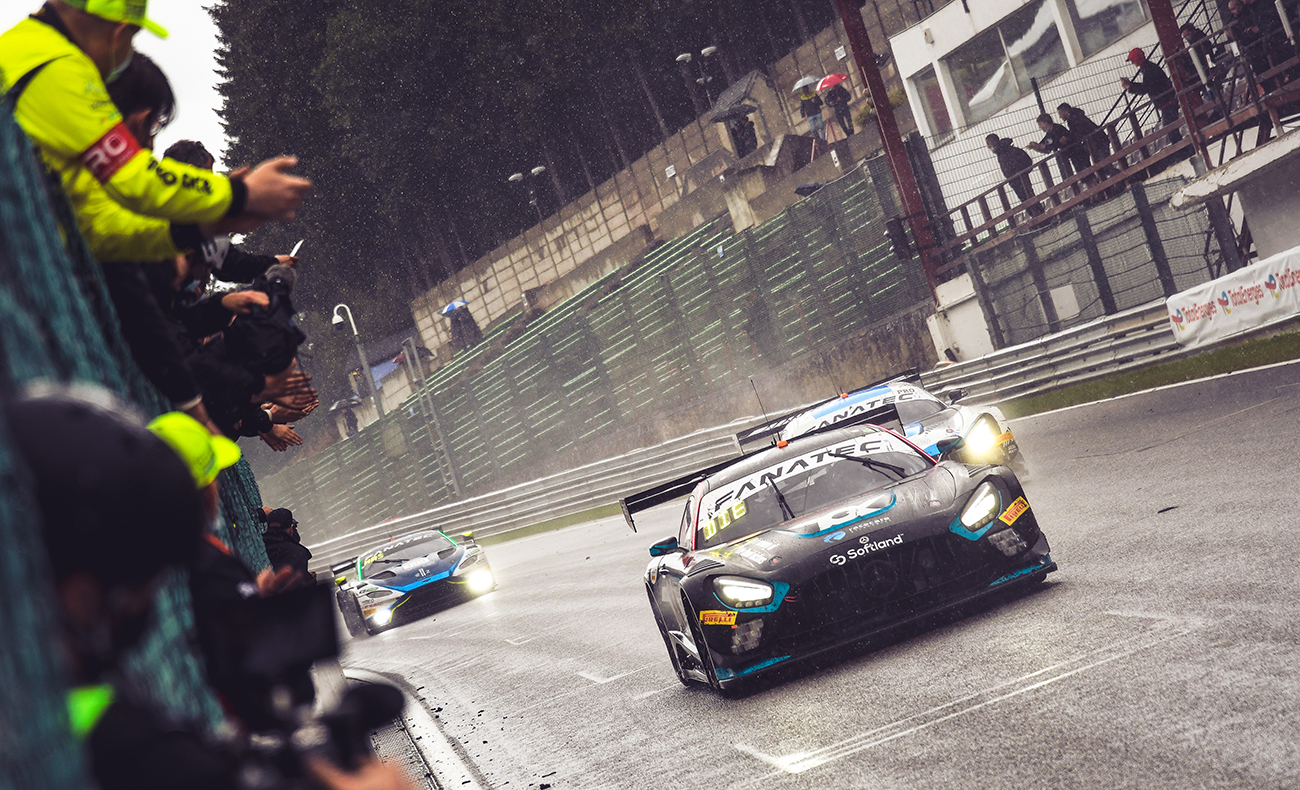 Great success for Toksport WRT at the legendary 24-hour race in Spa-Francorchamps, Belgium. At the endurance classic, which is part of the Endurance Cup of the GT World Challenge Europe, the team finished 13th overall and second in the Silver Cup. Marvin Dienst, Oscar Tunjo and Paul Petit, who were supported by Axcil Jefferies during the race, did not make any mistakes and were ultimately rewarded for a strong chase.

Already on Thursday, the Toksport WRT squad made a strong start: after a sixth-place finish in free practice, the #7 Mercedes-AMG GT3 ended up in 28th overall in the qualifying session. Red flags and heavy traffic prevented a better result, but the bad news came a little bit later: Turkish driver Berkay Besler, who was initially planned to support the experienced Toksport trio, had to cancel his participation in the 24-hour race at short notice due to health problems. Because substitute Axcil Jefferies was only nominated after qualifying, the Mercedes-AMG GT3 had to restart from the pits.

The necessary race to catch up was stopped early in the race: shortly after the start, an accident involving several vehicles caused an interruption. After about an hour the race could be resumed at full speed. The Toksport quartet began to make up the first positions. Four hours later, the Mercedes drivers had already fought their way up into the top 40. A total of 58 GT3 cars were on the grid.

As darkness fell over the Ardennes circuit, the Mercedes-AMG GT3 continued to make up ground. Toksport WRT also impressed with a flawless performance during the night, so the quartet was already in the top 15 at Sunday morning and fighting for a podium place in the Silver Cup. Even a rain shower in the last hour of the race, which once again created the most difficult conditions, could not slow down the quartet. After 24 hours, Marvin Dienst brought the Mercedes-AMG GT3 across the finish line in 13th place overall and second in the Silver Cup.

The 24-hour race in Spa-Francorchamps is part of the GT World Challenge Europe and, due to its duration, is rewarded with numerous points for the championship. In the overall standings of the Silver Cup, which includes the results of both the Endurance Cup and the Sprint Cup, Toksport WRT is now in 5th place. In the drivers’ standings, Oscar Tunjo, who also competes for Toksport WRT in the Sprint Cup, is ranked 7th position.

Two Endurance Cup races are still scheduled this year: From September 3 to 5, the GT World Challenge Europe will make a guest appearance at the Nürburgring, not far from Toksport WRT’s team headquarters. After the home race, the squad travels to Spain. The season finale will take place in Barcelona from October 8 to 10. In addition, Toksport WRT will take part in the Sprint Cup races held at Brands Hatch (August 28 & 29) and Valencia (September 25 & 26).