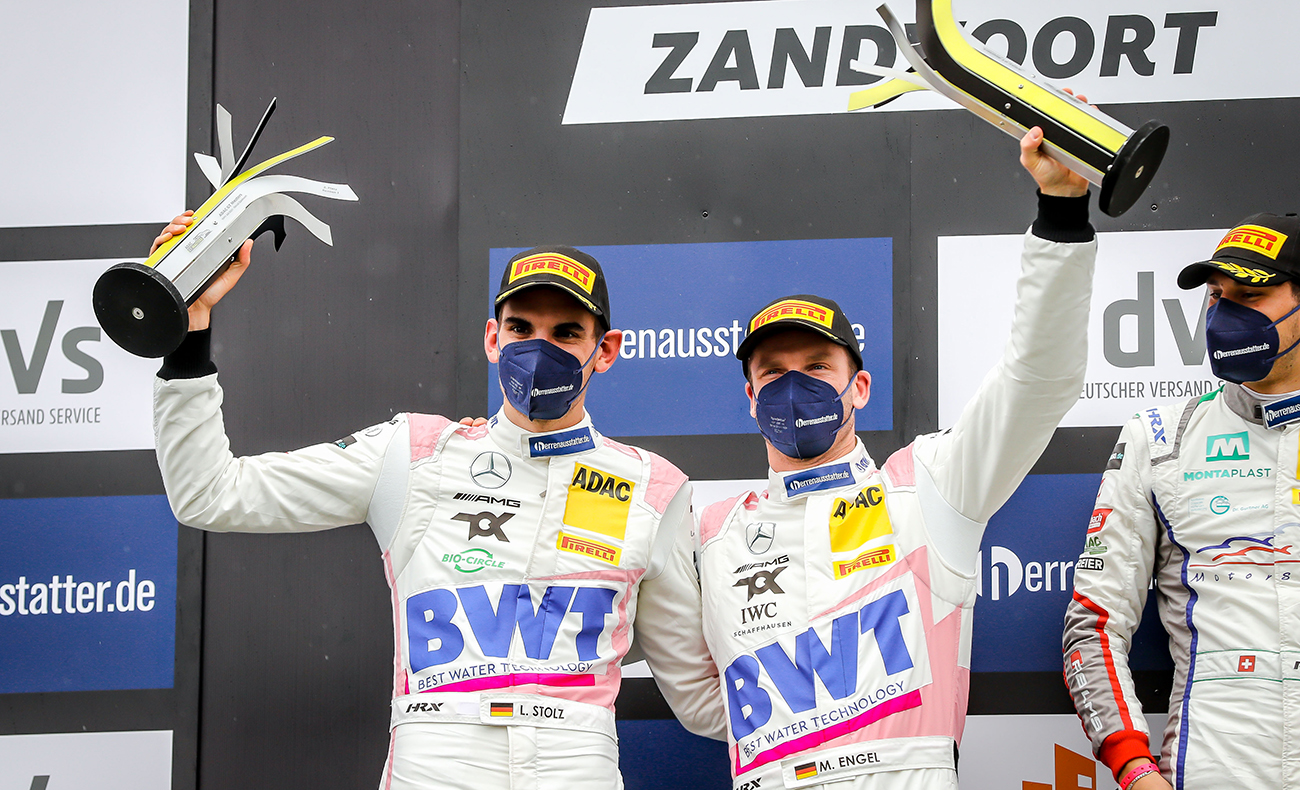 Mercedes-AMG Team Toksport WRT experienced a rollercoaster of emotions at the third race weekend of the ADAC GT Masters. On Saturday, Maro Engel and Luca Stolz celebrated a strong podium finish, however on Sunday the Mercedes duo had no luck.

After the last race at the Red Bull Ring, Toksport WRT had a big task on its hands. Because the Mercedes-AMG GT3 was heavily damaged in a starting accident and had to be rebuilt within a few weeks. This great performance of the team rewarded Maro Engel with a third place on the grid in the first qualifying.

The German maintained this position in the race as well, Luca Stolz took over the Mercedes-AMG GT3 in third place at half-time. Due to the penalty of a competitor, the Toksport duo slipped to the front, but an attack for victory was no longer possible. With second place, Engel and Stolz made up important points in the fight for the ADAC GT Masters championship title.

In the second qualifying session on Sunday, Luca Stolz was at the wheel of the Mercedes-AMG GT3. However, the German got stuck in traffic and only finished 13th on the grid. Stolz and Engel, who took over the Mercedes-AMG GT3 at race half-time, impressed with a strong recovery during the race. Shortly before the end of the race, Engel was in sixth position when he was pushed off the track by a competitor. The Mercedes-AMG driver slipped back to 16th position.

In the championship, Maro Engel and Lucas Stolz are in 10th place after the third of seven race weekends. The Mercedes-AMG Team Toksport WRT occupies 9th position in the team standings. Now the team can look forward to the home race at the Nürburgring. From August 6 to 8, the “League of Super Sports Cars” will be guests in the Eifel.