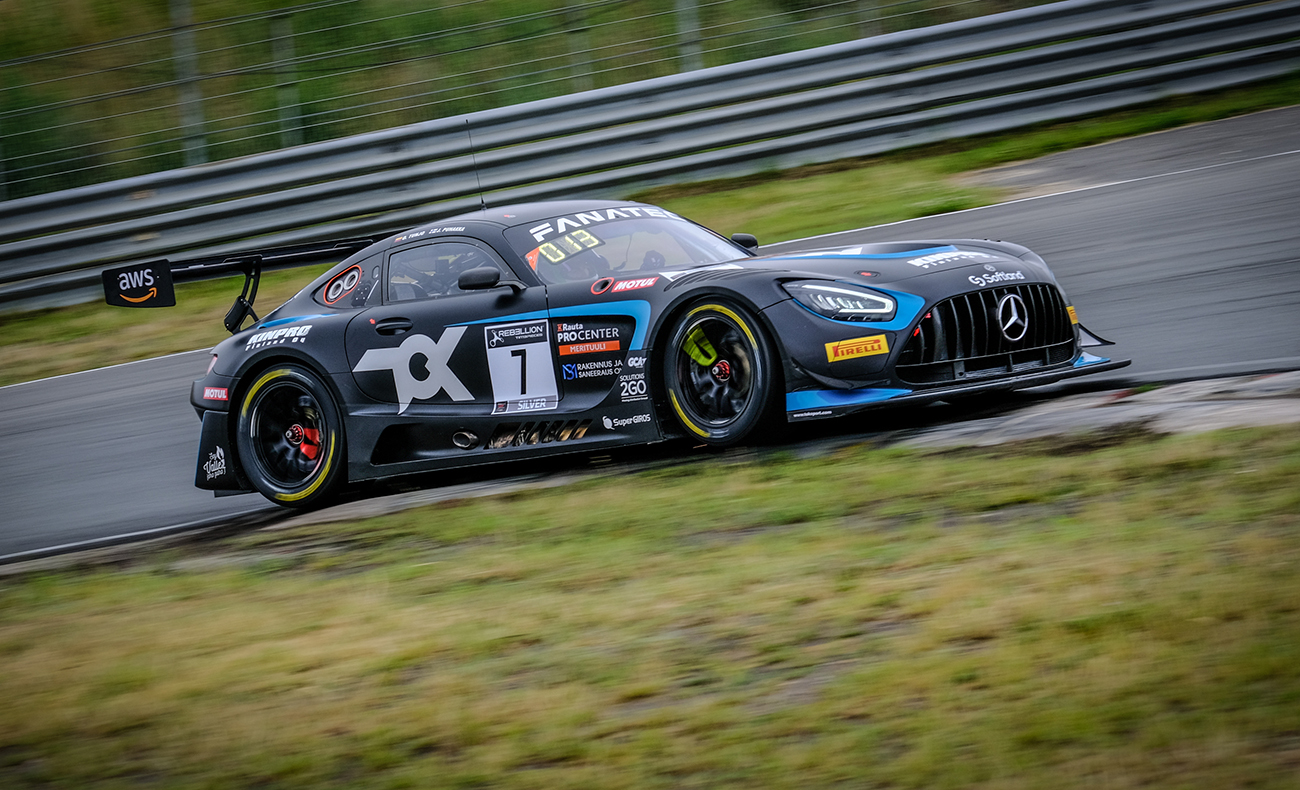 A strong performance in the Sprint Cup of the GT World Challenge Europe at Zandvoort in the Netherlands went for Toksport WRT almost unrewarded: Luca Stolz and Maro Engel collected valuable points in the first race, but had to park the Mercedes-AMG GT3 early on Sunday. Oscar Tunjo and Juuso Puhakka celebrated a strong result on Saturday.

The first qualifying session went according to plan: while Luca Stolz finished in ninth position, Juuso Puhakka even put his Mercedes-AMG GT3 on the third position. At the start of the race, the Finn defended his position. Luca Stolz got off to a perfect start and moved up to fifth place. At halftime of the race that both drivers lost a few places again. Maro Engel took over the cockpit from Stolz, while Puhakka handed over the GT3 car to his teammate Oscar Tunjo.

Neither driver made any mistakes in the final phase and gained further places. Oscar Tunjo brought the Toksport Mercedes-AMG home in fifth place after one hour. Maro Engel achieved seventh place for the Mercedes-AMG Team Toksport WRT and was delighted together with his teammate Luca Stolz with another top result after the victory in Magny Cours.

On Sunday morning, the teams were confronted with a damp track. Due to the drying asphalt surface it was clear, the fastest times would not be set until the end of the 20-minute qualifying session. However, with nearly 30 cars on the grid, it was difficult to find a perfect lap. In the end, the team achieved sixth place on the grid for Maro Engel and ninth place for Oscar Tunjo.

At the start of the second race, Maro Engel lost one position, which he regained with a strong maneuver on the second lap. Oscar Tunjo won one position in the first few meters, but slided shortly off the track and was pushed through to 15th position. It got even worse for Engel: Due to a contact with a competitor, the Mercedes-AMG driver had to park his GT3 car ahead of time. Juuso Puhakka and Oscar Tunjo fought their way up to tenth position and finished sixth in Silver Cup.

In the overall Sprint Cup standings, Maro Engel and Luca Stolz are in fifth place. The gap to the leaders is 21 points after the second of five events. In the team standings, Toksport WRT maintains fourth place, 19 points behind the leading team.

From July 2 to 4, the GT World Challenge will be held at Misano, Italy. The next rounds of the Sprint Cup will be also there. The events at Brands Hatch (August 28-29) and Valencia (September 25-26) round off the race calendar for the 2021 season.