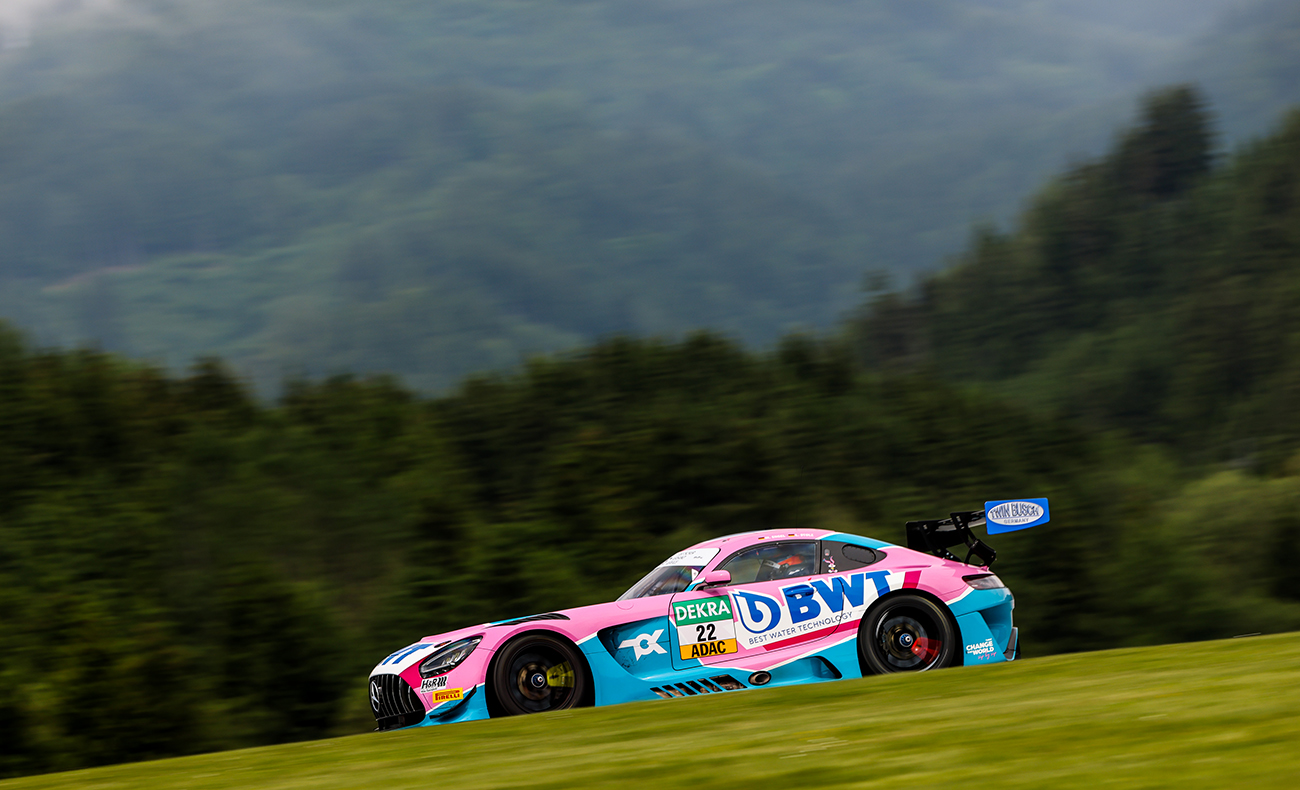 Mercedes-AMG Team Toksport WRT suffered a tough setback at the second race weekend of the ADAC GT Masters at the Red Bull Ring in Austria. In the first race Maro Engel and Luca Stolz finished 10th, in the second race the duo retired due to an accident that was not their fault.

The ADAC GT Masters is again very competitive in 2021. Around 30 GT3 cars from six different manufacturers are competing for race wins. Maro Engel and Luca Stolz already felt this effects in the first qualifying session: a red phase in qualifying dashed their hopes of a top finish. The Mercedes-AMG GT3 had to start the first race from 24th on the grid.

Starting driver Luca Stolz held his own in the beginning of the race and made great progress in the first half. Maro Engel, who took over the cockpit a little later, made also no mistakes. The experienced Mercedes-AMG driver brought the race car home in tenth position and collected some more important points for the championship.

Things were supposed to go much better on Sunday, but Maro Engel did not managed an optimum lap in the second qualifying session either. A red flag prevented again the final attempt at a best time, the German ended up in 13th place on the grid. And it got worse: After the start the Mercedes-AMG driver received a hard hit from an competitor and turned into the crash barriers abruptly.

The task now is to rebuild the bolide for the upcoming race. From July 9 to 11, the “League of Super Sports Cars” will host the third race weekend of the year on the Dutch North Sea coast at Zandvoort.