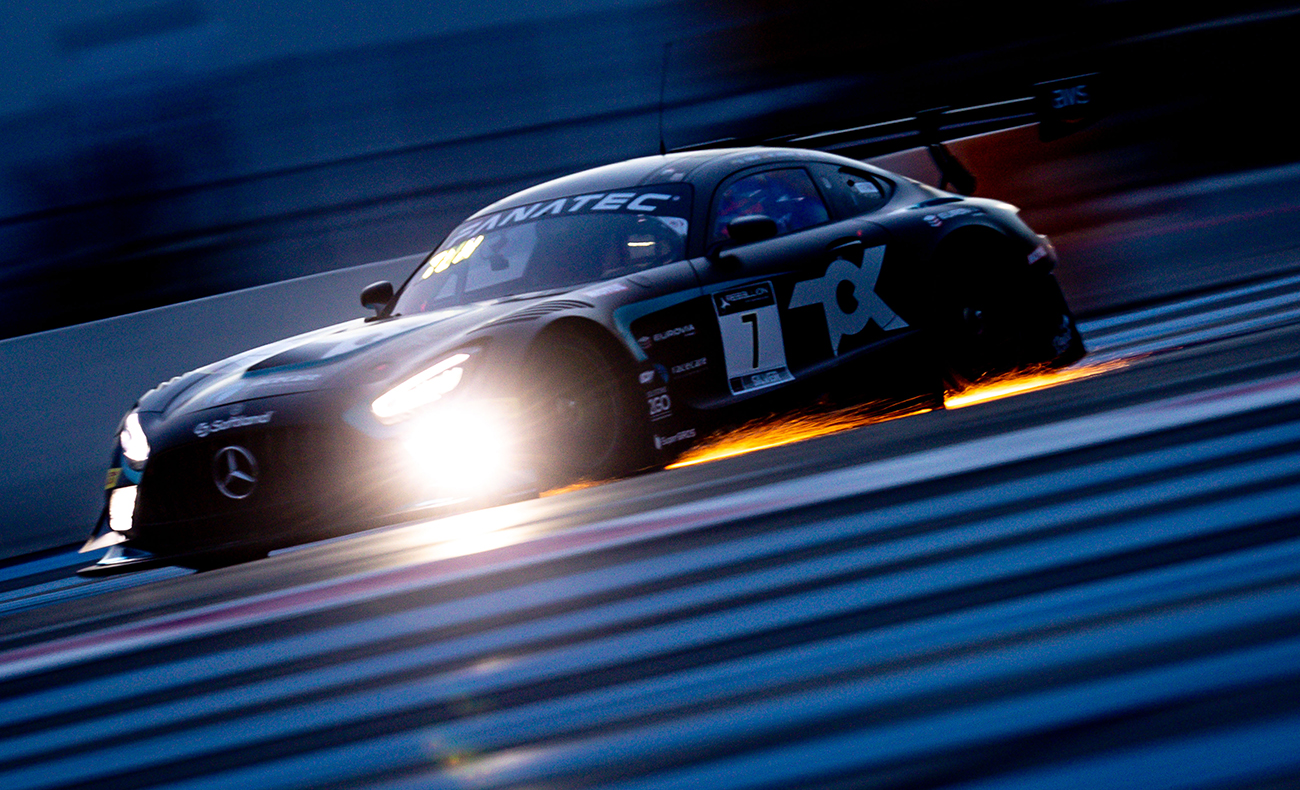 For Toksport WRT the second race of the season in the GT World Challenge was not crowned with success. The Mercedes-AMG team recorded a retirement in Paul Ricard, France, where the 1000 km race in the Endurance Cup was held.

The weekend started very promisingly: in pre-qualifying, which was already held on Friday evening, the trio finished 13th overall and third in the Silver Cup. Oscar Tunjo, Paul Petit and Marvin Dienst were able to confirm this result in the three-part qualifying: Marvin Dienst impressed with a strong performance and secured fourth place overall in his session. In the end, the combined result was a 20th place on the grid for the 1000 km race.

The race started punctually at 6 pm. During his two stints, starting driver Paul Petit had some contacts with other competitors and later a hit from a curb that damaged the car and cut a tire. The Toksport WRT trio dropped back to last position and hurried behind the field.

Then, Oscar Tunjo took over the wheel. The Colombian continued to catch up but was slowed down by a puncture again. It turned out this was caused by a damaged bodywork as a result of the contact in the early stages.

The following driver, Marvin Dienst, impressed in his stint with an outstanding performance as the fastest Mercedes on the 5,791 km long track. Finally, Paul Petit took the wheel again but had to park the Mercedes-AMG GT3 early after further collisions.

The next race in the Endurance Cup of the GT World Challenge is awaited with joy: The 24h race in Spa-Francorchamps, which takes place from July 29 to August 1, represents the season highlight of the GT scene. The driver line-up for the 24h classic will be announced at a later date. Before that, the team will take part in the Sprint Cup of the GT World Challenge Europe, which will be held at Zandvoort and Misano.