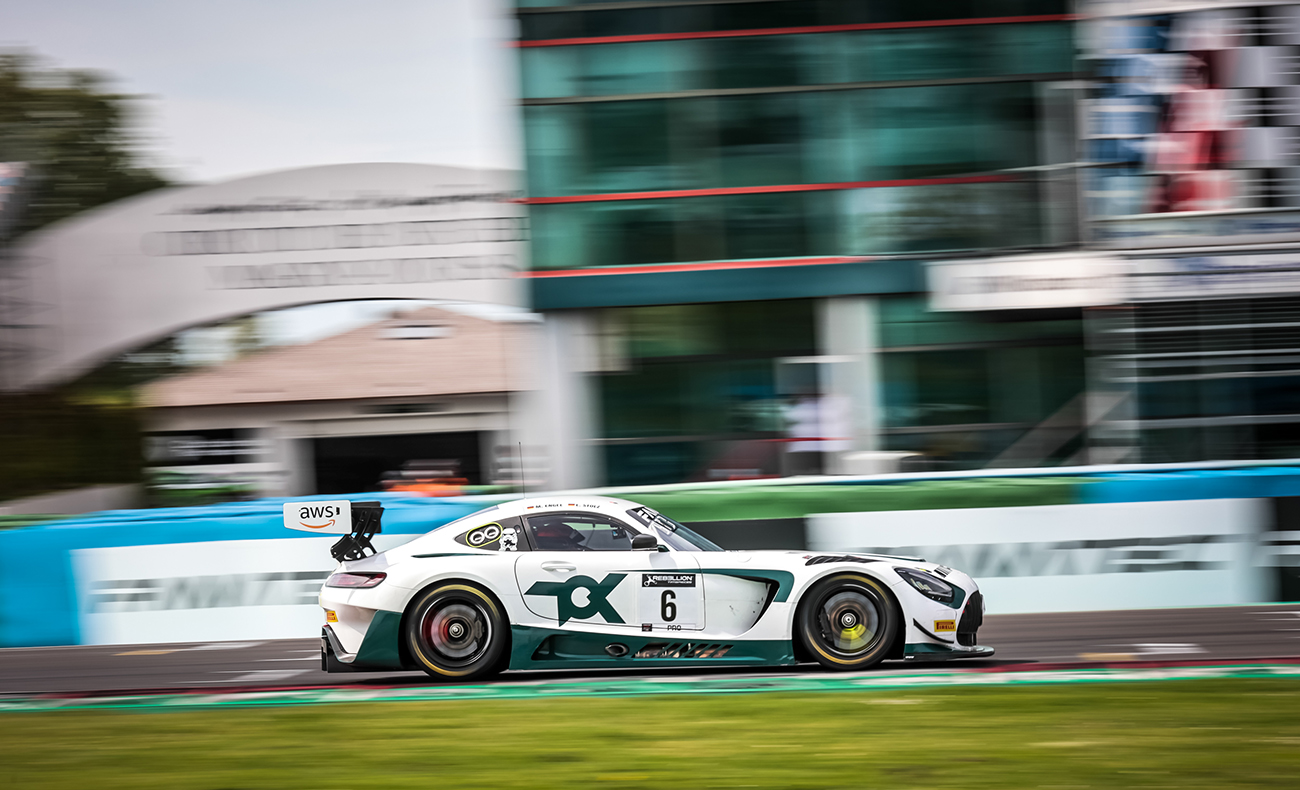 Pole position, fastest race lap and victory: Luca Stolz and Maro Engel celebrated in their Mercedes-AMG GT3 Evo an almost perfect weekend at the opening round of the GT World Challenge Sprint Cup in Magny Cours. Also the sister car, with Oscar Tunjo and Juuso Puhakka at the wheel, showed a solid and faultless performance.

After a good free practice session in which the two Mercedes-AMG GT3 Evo cars placed fifth and 13th, the two driver line-ups established a good starting position for the season opener. Luca Stolz and Maro Engel finished sixth on the grid in qualifying, just ahead of teammates Oscar Tunjo and Juuso Puhakka, who finished seventh.

The first race of the year took place late on Saturday evening and thus in complete darkness. Luca Stolz got off to a good start and fought his way up to fifth position in the early stages, while Oscar Tunjo established in seventh place. After the pit stop, Maro Engel took over the cockpit from Stolz.

The German dueled with an opponent and moved up to fourth position. A short time later, the Mercedes-AMG GT3 Evo had to be parked with a technical issue. However, the sister car finished without any problems: Oscar Tunjo and Juuso Puhakka ended the first race of the season in seventh place overall and third in the Silver Cup.

Pole, fastest lap & victory: hattrick on Sunday
Things went even better in the second race on Sunday: In the morning qualifying session Maro Engel snatched the commanding pole position. The German started brilliant into the race and handed over the Mercedes-AMG GT3 Evo to Luca Stolz in the lead. The 25-year-old also made no mistakes and celebrated the race win after 60 minutes. The fastest race lap made Sunday almost perfect for the Mercedes-AMG Team Toksport WRT.

Juuso Puhakka and Oscar Tunjo, who started the race from 13th on the grid and were in the top ten shortly before the end of the race, had to park the Mercedes-AMG GT3 Evo because of an incident.

The next races in the Sprint Cup of the GT World Challenge will be held at Zandvoort in the Netherlands on June 19 and 20, before the GT racing series makes a guest appearance at Misano in Italy from July 2 to 4. On August 28 and 29, the squad travels to England, where the next two rounds of the season will be held at Brands Hatch. The season finale is scheduled for October 8-10 in Valencia.