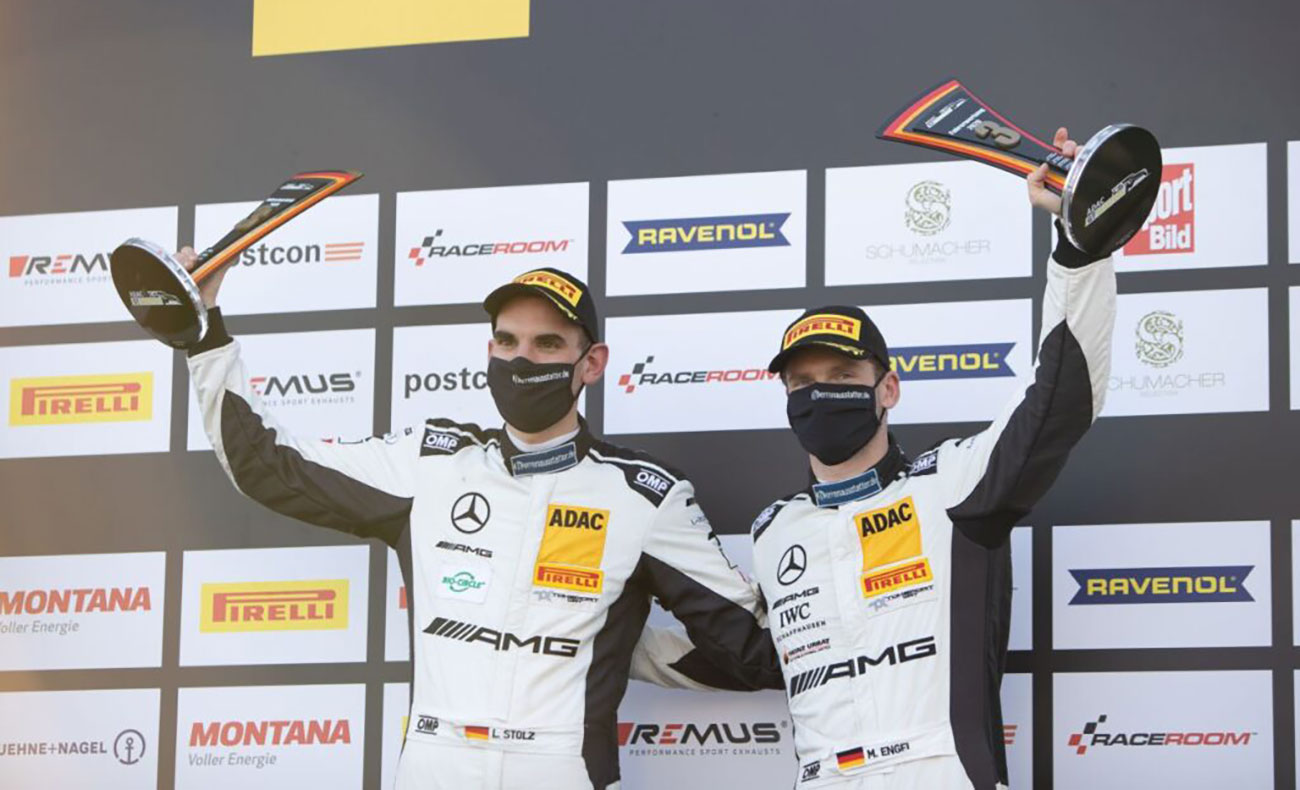 With a strong weekend Toksport WRT has finished its debut season in the ADAC GT Masters. At the finale in the Motorsport Arena Oschersleben Maro Engel and Luca Stolz reached with their Mercedes-AMG GT3 Evo positions two and five. After a strong season, with one race win and five further podiums, Engel and Stolz finished third overall. Toksport WRT was also happy about the third place in the team ranking.

Before the final in Oschersleben Luca Stolz and Maro Engel occupied fourth in the championship. The duo therefore did not belong to the hunted, but to the hunters. With the fourth place in the first qualifying Stolz opened the fight for the championship. With a perfect start he fought his way up to second position, team mate Maro Engel secured this position thanks to flawless performance and a good pit stop right up to the finish. The gap to the race winners and hardest competitors in the fight for the championship was less than four seconds.

The decision for the title in the “League of Super Sports Cars” was only made on Sunday. In a chaotic qualifying session marked by several incidents and red flags, Maro Engel achieved eighth place on the grid. The Mercedes driver got a perfect start into the race, benefited from some confusion in front of him and pushed forward to third position. A start accident in midfield caused a race interruption, which did not benefit Toksport WRT. The restart was behind the safety car according to the original starting order, so the Mercedes-AMG GT3 Evo was moved back to eighth position.

Until the race half time Engel could not make up any positions after the restart. Thanks to a perfect pit stop, during which Luca Stolz took the wheel, the duo fought their way forward to fifth place. However, this good position was not enough to close the gap in the overall standings. Maro Engel and Luca Stolz finished the premiere season in the ADAC GT Masters in third place overall, as did Toksport WRT in the team classification.

Thus the team from Quiddelbach at the Nürburgring looks back on a successful season. Maro Engel and Luca Stolz were already happy about their first race victory at the Lausitzring. At the Sachsenring Toksport WRT even celebrated the halftime championship. But the team also had to cope with setbacks: At the second race at the Sachsenring Maro Engel retired in the lead with a technical issue. Nevertheless, the team is very satisfied with its first season in the “League of Super Sports Cars” as the best Mercedes-AMG team.

Maro Engel: “Of course we are a little disappointed that it was not enough to win the championship on the final weekend. Our three races without points were decisive. Nevertheless we can be proud of our season. We had a super reliable car and a mega strong team. Thanks to Luca, to Toksport WRT and to Mercedes-AMG.”

Luca Stolz: “First of all, a big thank you to the team who once again provided us with a great car. Throughout the whole season we had a lot of fun working together. This was already evident at our guest start last year. It was a good decision by Toksport WRT to race the whole season in 2020. The fact that we were able to finish the debut season in third place is an excellent result”.