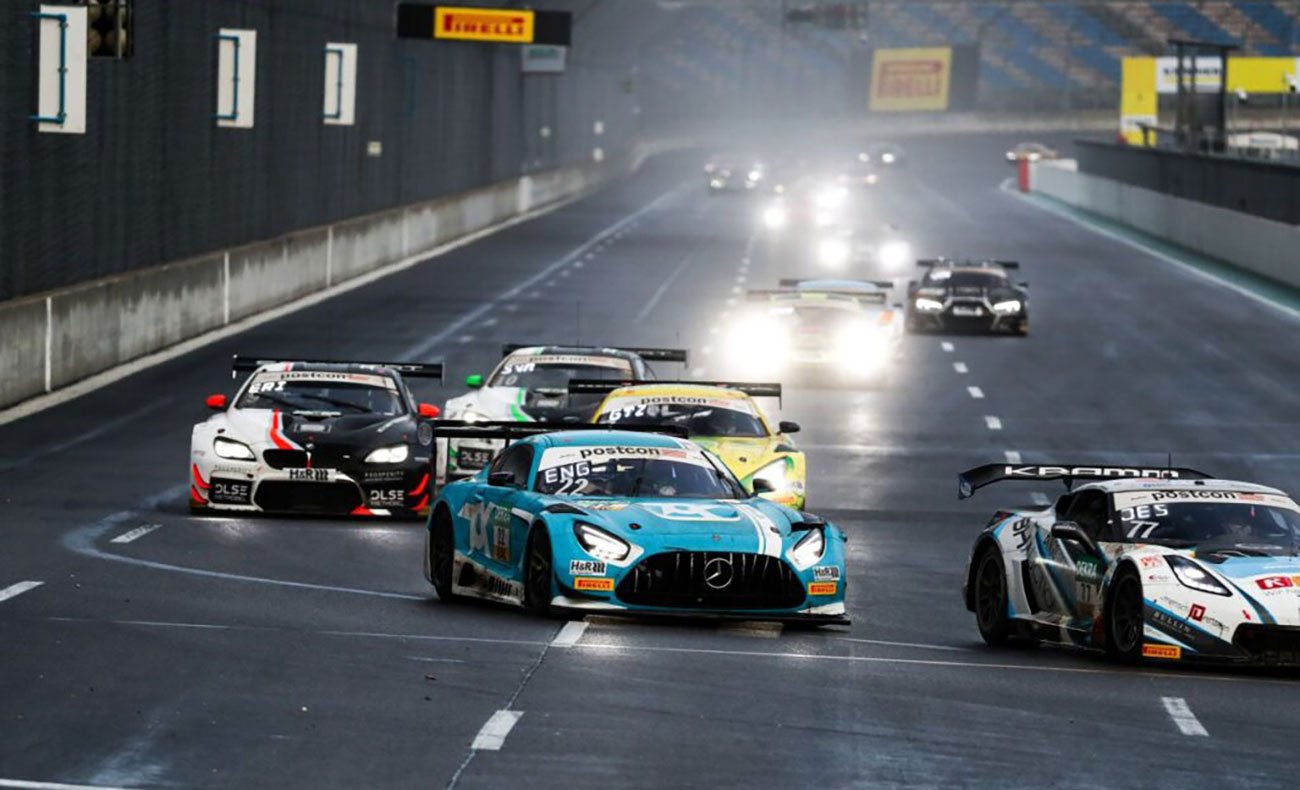 Toksport WRT maintains its title chances in the ADAC GT Masters: At the race weekend at the Lausitzring, the penultimate event of the year, Luca Stolz and Maro Engel convinced with a solid performance. On Saturday the duo in the Mercedes-AMG GT3 Evo retired early, but on Sunday the team was able to celebrate a fourth place. Because the competition also had to struggle with problems, the title race is more exciting than it has been for a long time. At the season finale at Oschersleben, four teams with seven drivers still have a chance to win the title.

The weekend at the Lausitzring, where the ADAC GT Masters was already held at the beginning of the season, was characterized by changeable weather with partly heavy rain. These conditions were already tough for Luca Stolz in Saturday’s qualifying session: because numerous drivers slipped off the slippery track and caused yellow flag sections, the Mercedes pilot was unable to find a perfect lap. At the end he occupied the 14th starting position. Stolz had a good start into the one-hour race won some positions. But at half time of the race the Toksport WRT driver was turned around by another car and had to be parked the damaged Mercedes-AMG GT3 Evo.

4th place on Sunday
Hopes for a countable result were limited to Sunday, when Maro Engel started the morning qualifying. But once again the weather caused chaos. At the beginning of the qualifying, dry conditions prevailed, but only a few teams took advantage of the optimal conditions, as the rain came completely unexpectedly. Toksport WRT also missed the chance, so Maro Engel only finished 19th on the grid.

However, the German did not let this discourage him. In the initial phase of the rainy Sunday race Engel thrilled with a strong catch-up. Up to the mandatory pit stop at the middle of the race, the Mercedes pilot fought his way up to sixth place overall. With a perfect stop of the Toksport WRT team the duo made up another place. Luca Stolz rescued the Mercedes-AMG GT3 Evo in fourth place despite a damage at the front splitter, which Maro Engel had already sufferd during the starting lap.

Before the last race weekend, Maro Engel and Luca Stolz are in fourth place in the drivers’ championship. The gap to the top position is only 14 points, so the title race is still open. This also applies to the team classification, in which Toksport WRT is also fourth overall with a gap of eight points. The championship in the “League of Super Sports Cars” will finally decided at the season finale, which will take place next weekend at the Motorsport Arena Oschersleben (November 6-8).