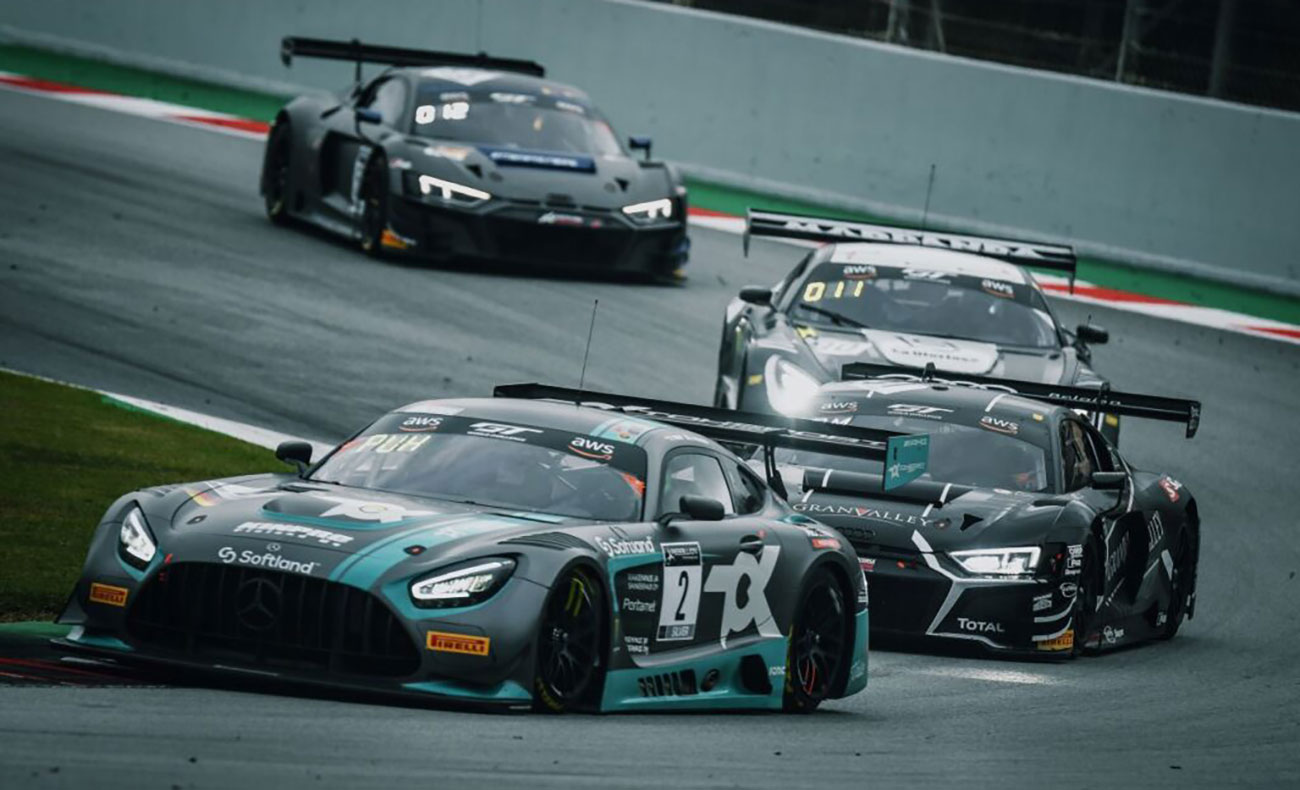 With a solid weekend Toksport WRT ends this year’s Sprint Cup season of the GT World Challenge Europe. At the season finale in Barcelona, Spain, Oscar Tunjo and Juuso Puhakka in the Mercedes-AMG GT3 finished fourth in the Silver Cup.

At the end of this year’s season the drivers had to complete three races of one hour each: One race was held on Saturday, the two final races took place on Sunday.

But in the last sprint race of the year, luck was not on their side. After a good start Oscar Tunjo fought again for a podium place in the Silver Cup, before the Colombian had to park his Mercedes-AMG GT3 with a front splitter damage. Due to the early retirement Toksport WRT remained without points and therefore had to give up the third position in the championship. Oscar Tunjo and Juuso Puhakka ended the season in fourth place overall in the Silver Cup with only one point behind. Toksport WRT also finished fourth in the team ranking.

Nevertheless, the racing team from Quiddelbach at the Nürburgring can look back on a solid weekend, as the top positions in the championship were out of reach for a good reason: At the season opener in Misano, the Mercedes drivers were unable to participate in all three races due to engine problems. It was impossible to make up this deficit in this short season.

Toksport WRT therefore ends its first full season in the Sprint Cup of the GT World Challenge Europe with great satisfaction. The performances in the highly competitive GT racing series were convincing, only luck was not always on the right side. At the first race in Magny Cours, France, Tunjo and Puhakka celebrated the victory in the Silver Cup, in Zandvoort the duo achieved the best overall result with a fifth place.