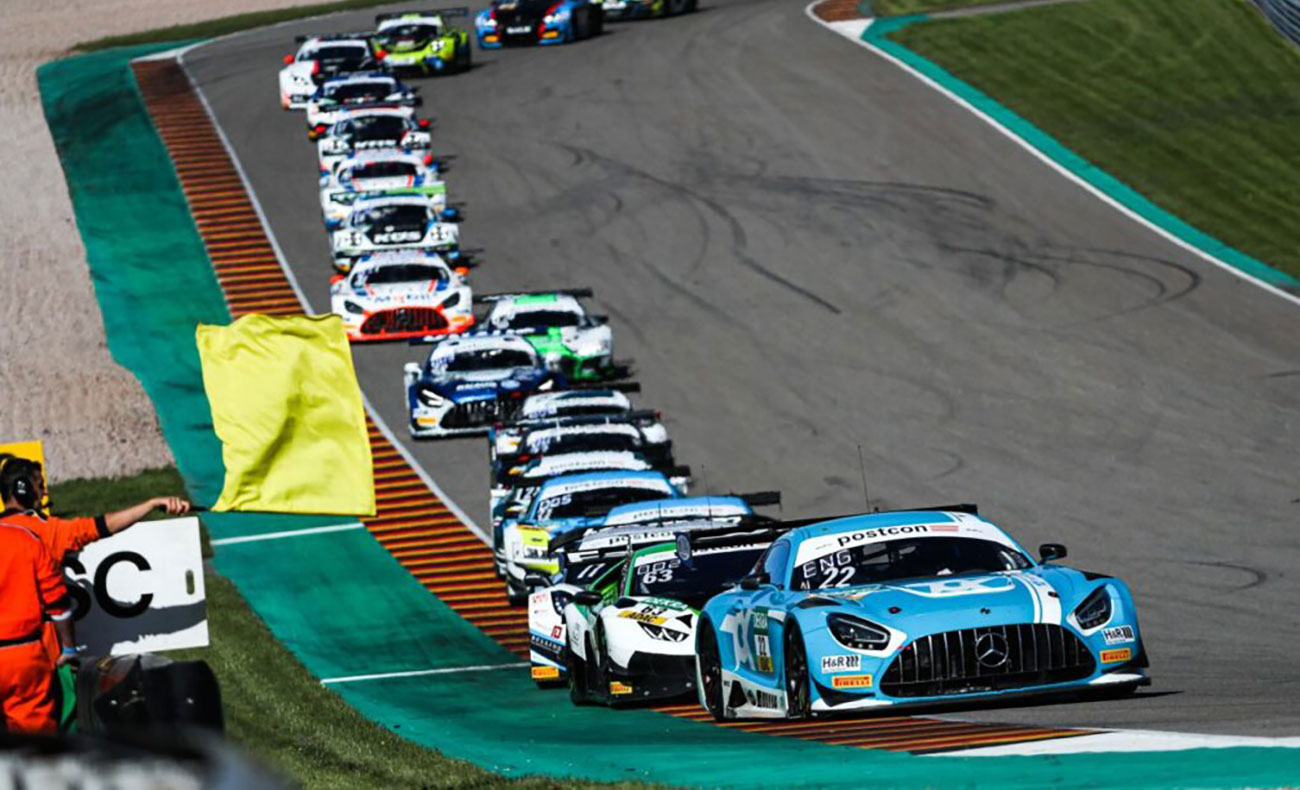 Joy and sorrow were close together for Toksport WRT at the ADAC GT Masters on Sachsenring: On Saturday Maro Engel and Luca Stolz were happy about a podium place, on Sunday the Mercedes duo retired in the lead with a technical issue. After all: Toksport WRT is half-time champion in the ADAC GT Masters. After seven of 14 races of the season, Maro Engel and Luca Stolz were at the top of the overall standings.

With the first race on the Sachenring, the “League of Super Sports Cars” ended its first half of the season, which was very satisfying for Toksport WRT. The team from Quiddelbach, not far from the legendary Nürburgring, already celebrated its first victory of the year at the opening race at Lausitzring. Maro Engel and Luca Stolz were the benchmark for a long time and can therefore rightly call themselves the half-time champions in the ADAC GT Masters. After seven of 14 races, the Mercedes duo was at the top of the championship.

The first of the two Sachsenring races was not least responsible for this success. In qualifying on Saturday, Luca Stolz initially placed the Mercedes-AMG GT3 Evo in fifth place on the grid. The 25-year-old did a good start into the race, fighting his way up to third position. After the first half Maro Engel took over the steering wheel. The 35-year-old also convinced with a good performance and finished third finally.

Technical issue on Sunday
Also on Sunday the competitors had to watch out for the Mercedes duo. In qualifying, Maro Engel missed the pole position by 0,195 seconds, so the German had to tackle the race from second place on the grid. With a strong start, the Mercedes driver took the lead already on his way into the first corner and extended his position to just under five seconds. Then the setback: The Mercedes-AMG GT3 Evo had to be parked with a broken rim on the front axle.

Due to the failure through no fault of his own, Toksport WRT lost the lead in the overall standings. Maro Engel and Luca Stolz now occupy third position, but are still close to the front. During the last three weekends the Mercedes duo is still fighting for the overall victory in the championship. In two weeks (October 16 to 18) the ADAC GT Masters is guest at the Red Bull Ring in Austria, before the races at Zandvoort and the final at Oschersleben follow.