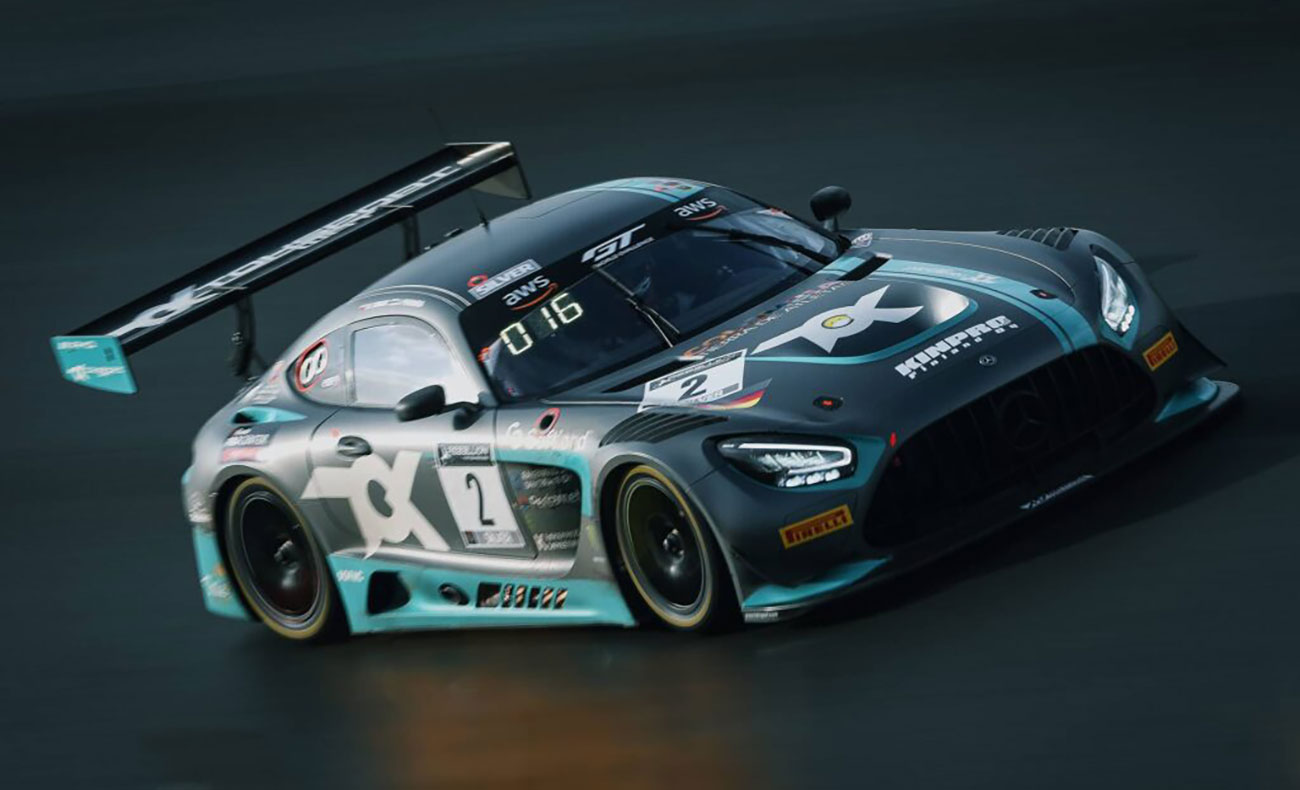 Toksport WRT In The Top Five At Zandvoort

At the third round of the GT World Challenge Europe on the Dutch North Sea coast, Toksport WRT passed through a rollercoaster of emotions: Not only the weather was crazy, also the results reflected the ups and downs from the Zandvoort circuit. The team started as usual with two Mercedes-AMG GT3: Oscar Tunjo and Juuso Puhakka drove the car with the number 2, Robin Rogalski and Romain Monti shared the Mercedes cockpit with the number 6.

Unlike the previous events, both races took place in Zandvoort on just one day. Nevertheless the pilots had to cope with the changing weather conditions on the North Sea coast. The first race took place in the morning with rain, in the second race, which was started only a few hours later, the sun was already shining.

Top five in the second race
Oscar Tunjo, who was in the first race as the starting driver, moved up to third position in the first corner, but had to struggle with the slippery track afterwards. After the first lap the Colombian had dropped back to ninth position, until the mandatory pit stop at race halftime the Mercedes driver slipped down to 17th position. Juuso Puhakka, who took over the cockpit a little bit later, brought the Mercedes-AMG GT3 home in 13th overall position after one hour. In the Silver Cup, this result was enough for fifth place.

In the second race Juuso Puhakka took over the start. After the first lap, the Finn was in 15th place and fought his way forward into the Top 10 until the pit stop. Oscar Tunjo continued the chase after the driver change and crossed the finish line in seventh position. After the race, some penalties were declared by the stewards, which pushed the duo to fifth place overall and second place in the Silver Cup.

For the first time Robin Rogalski was supported by Romain Monti in car #6 this weekend . The duo made good progress, but also had to struggle with the adverse weather conditions. In the end, they steered the Mercedes-AMG GT3 to overall positions 20 and 16 in both races, and nine and seven in the Silver Cup respectively.

Hot phase of the championship
The championship is entering the hot phase now: Oscar Tunjo and Juuso Puhakka are in fifth place in the Silver Cup overall after the penultimate race weekend. With a good final weekend, the top three are still within reach. This also applies to the team classification, in which Toksport WRT also holds fifth place.

From October 9 to 11, the GT World Challenge Europe will be held in Barcelona, Spain. The pilots have to complete three races of one hour each there.